Hi,
Very soon, my book for ages 13 to 113 will be released! Lady Fallon's Dragons will be the first in a series of dragon books. There is a clean, sweet romance in it, but otherwise it's a very dragony fantasy adventure. A wondrous tale of contemporary dragons and a young woman fighting for her life. This is my 10th book.

The Vampire with a Blanket of Stars, Book 3 in the Arnhem Knights series, has been released. Currently I'm working on my second series, Arnhem Knights of New York, which is vampire adventure romance. As you can see below I'm a diversified author, crossing over from Science Fiction and Fantasy. I'm still writing that too but it's not ready to publish yet. A young adult fantasy novel is on my desk. It just needs editing. I also have a yen to write a graphic novel. Why? I can help myself.

I am a writer and editor.  Being an Associate Editor for Space and Time Magazine is a passion of mi

ne. Being a writing teacher for over twenty-five years, I teach workshops from time to time at conventions. I an active member of the Science Fiction and Fantasy Writers of America (SFWA). What does active mean? In that context, it means professional status.  As paranormal romance author, I am a member of the Romance Writers of America (RWA) and recently became RWA PAN (Published Authors Network). To find out more about my romance novels in paranormal, mythology, and steampunk, click the Romance Books button.

I've written for anthologies and Marion Zimmer Bradley's Fantasy Magazine. Her novelette "Ladyknight" was published in Spells of Wonder.

All these anthologies were edited by Marion Zimmer Bradley and published by DAW and are still available at the following sites:

SWORD & SORCERESS 9 (Le Spade Incantate) is now available in
Italian.  Welcome to those new readers of my story "Piper."

By clicking on any of the book covers, you'll arrive at a site called Fantastic Fiction and can choose among the online bookstores that carry that book.

"Heartleaf", a tragic Arthurian tale, appeared in Marion Zimmer Bradley's Fantasy Magazine #14. I was also contributing editor for an international literary magazine called Resonance. In addition to editing, I wrote poetry, short stories, essays, and reviews for Resonance. Resonance Communications, Inc. published my poetry book, Lake With No Horizon.  In addition to having taught creative writing, I have a bachelor's degree in fine arts and a master's in education.  Currently I'm doing research on ancient Celtic history & working on several books.

I've written a variety of work including reviews on books and movies, political speeches, poetry, short stories, news articles, radio and television commercials, grants, brochures, and fiction and nonfiction manuscripts.  I've also edited for writers in a variety of fields including academia. 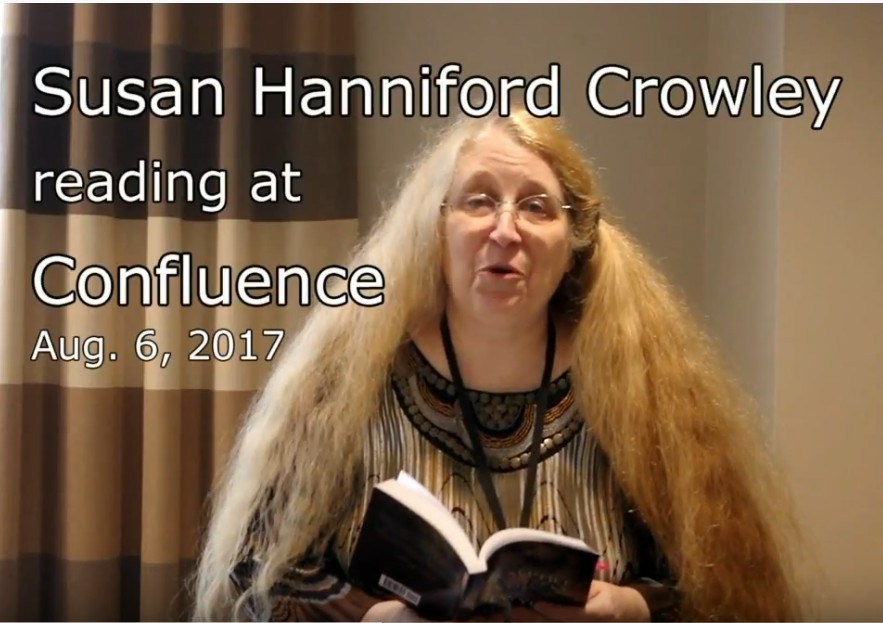 The Vampire with a Blanket of Stars
902 views

All the works and exercises on this site are copyrighted. Please, do not copy for commercial use without the written permission of Susan Hanniford Crowley. Thank you.