« Back to My News Blog 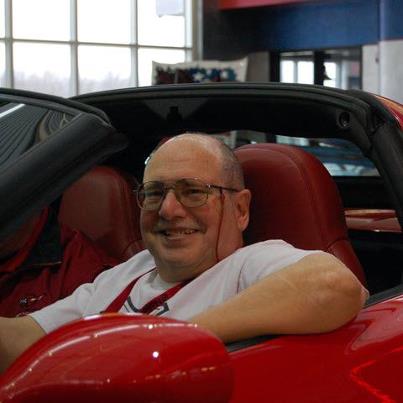 There's Wombat in his red corvette. It's a borrowed picture from one of his friends on Facebook. I've been looking for my photo of him from the Worldcon (World Science Fiction Convention) several years back in Glasgow, Scotland. It's hard to find the definitive Wombat photo. If you don't know me on Facebook, then you don't know that jan (he preferred the lowercase) died on Tuesday. Today would have been his birthday!

Ever have a feeling that you should do something? I don't usually check my personal email during the day. This feeling came over me and I went on my iphone and saw a notice from the science fiction organization up in Albany, NY. The subject line said, "jan finder RIP". I didn't want to open it but had to. This took me back to when I found out that my editor Marion Zimmer Bradley had died--the subject line of an email. I sat down and then began a day of inner silence and sadness and later a lot of crying.

Wombat had been one of the first people I met at a con. He kissed my hand and said, "You must be 'Ladyknight'." My fantasy novella 'Ladyknight' had cpme out that year in the anthology Spells of Wonder edited by Marion. He introduced me to people and there began years of adventures, meetings at cons, phone calls and emails.

Seeing him at cons was always a highlight whether it was a chat in the dealer's room or going to a meal or just hanging out. At one con, he asked me to come outside to see his new car--the red corvette. One day we were talking on the phone. He was saying that he'd been ill and wondered if I would mind driving with him to Arisia (convention) in Boston. I drove three hours to his house and then we traveled three more to Boston. He was concerned that if he became ill, he would not have been able to drive back. I didn't end up driving the corvette, but it made me feel better that he knew that I would if necessary.

Wombat would encourage me when I was low, and most authors may not admit there are low times in the wild world of writing and publishing. He called me up one time because he was going to be an extra in a movie and had gotten permission from the director for me to be on the set. It was an independent film called "Scenes in the Mind" and was about the Holocaust. He stayed over at my house and got along great with my husband; the both of them clearly being hobbits. He left the next day after his part of the film was done. I wrote about the experience of being on set on my other blog--The Writing House http://thewritinghouse.blogspot.com/2006/03/scenes-in-mind-movie-in-making.html    Look closely at the last photo and you'll see jan.

Wombat was an editor, a writer, a masquerade judge, and honored Fan at many conventions. He was a Tolkien devotee and chaired the Middle Earth Con. He did a special Middle Earth Tour of New Zealand. He was immensely talented and enjoyed and did so many things. Wombat was also a world famous flirt, gave talks on the art of flirting (which is not hitting on someone) and even came here and humorously shared his expertise and experiences with Nights of Passion http://nightsofpassion.wordpress.com/2009/04/12/surprise-the-art-of-flirting-with-world-famous-flirt-jan-howard-finder/

At another convention, he took me aside and told me he met a wonderful woman. That was his dear Lin. I'm sending love and hugs her way.

There's a billion things I could say about jan but it wouldn't be enough. So I'm saying this.

Thank you for everything, the fun and the friendship. On Wednesday night I watched the Return of the King, and as Frodo went on the elven ship to go West, I imagined that you did too. I always cry at the ending, but on Wednesday night I cried for another reason. You were gone from the world of men. Someday it will be my time. I know there are still some elves left in the world, so there's bound to be another elven ship.

Next time I see you there will be "white shores and beyond them a far green country under a swift sunrise."

May the star shine brightly on the traveling hobbit!
Sue 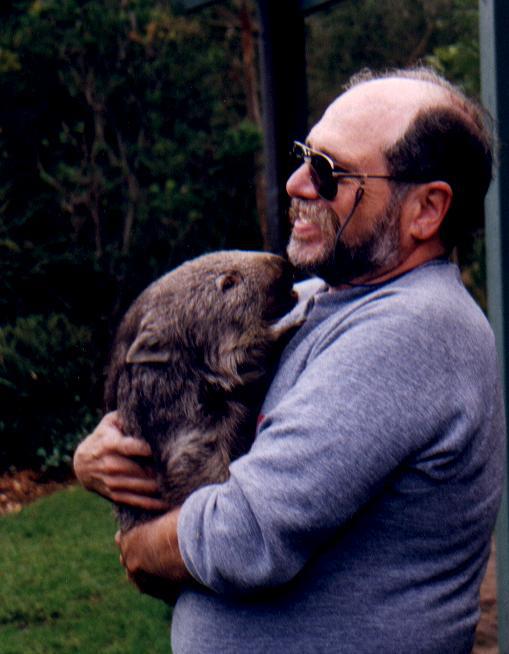 P.S. Friends of Jan, please, add your remembrances too.

This is where you enter "your phrase" from the newsletter to enter the contest in the comment box.  One person will win a signed THE STORMY LOVE LIFE OF LAURA CORDELAIS at midnight EST on Feb. 14th.   Good luck.

Welcome to my subscribers!

1. Who is the hero in A Vampire for Christmas?

2. Which Arnhem Knight falls in love with Lorraine in Vampire in the Basement?

3. What is Euthalia wearing in the excerpt from Mrs. Bright's Tea Room?

Please, put your given "word" and name in the comment box.  Thank you.